South Korea conducted flight tests of a prototype LCH (Light Civil Helicopter) helicopter. The flight took place at the headquarters of Korea Aerospace Industries (KAI) in Sacheon. The car spent 20 minutes in the air, performing a U-turn, circling and a number of other maneuvers.

The promising helicopter will be equipped with two Safran Ariel 2C2 turboshaft engines, its maximum take-off weight will be about five tons, speed and flight range – 265 km / h and 759 km, respectively. About $ 460 million will be allocated for the development of the helicopter, 293 of which will come from the South Korean government, the rest is taken over by private partners. 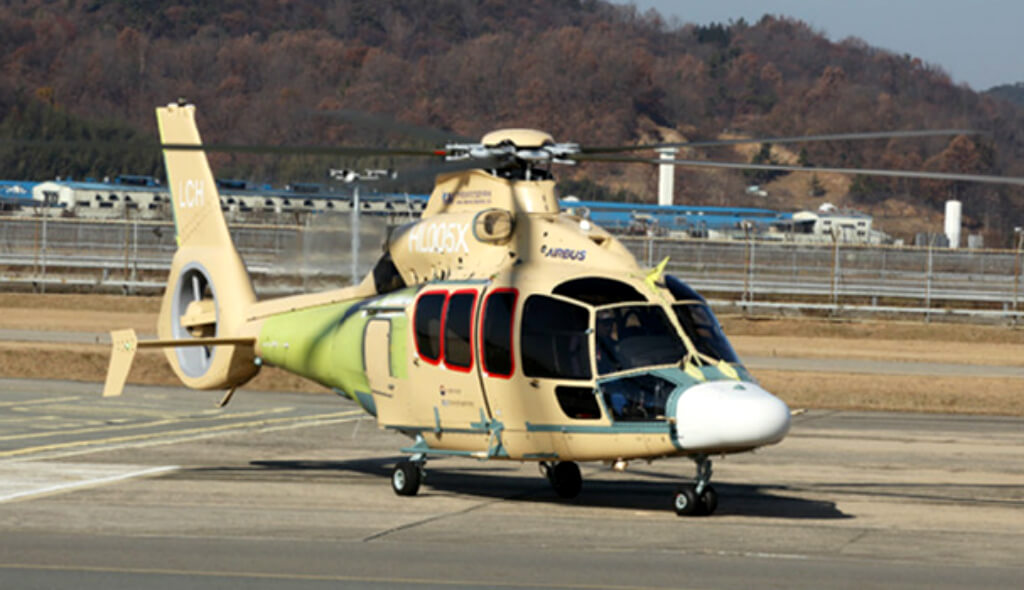 Flight tests of the first prototype of the LCH helicopter, which was manufactured at the Airbus Helicopters factory in France, were conducted in July 2018. The second prototype is built on the production line of South Korea, which fully complies with the standards of the European Air Transport Safety Agency (EASA). The helicopter is equipped with 80 components and systems of South Korean production, including rotor blades, an automatic flight control system, and an active vibration damping system.

It is expected that the aircraft will be certified as early as 2021. LCH helicopters can be used in the fields of tourism, VIP transportation, air ambulance, fire safety and forest protection. Airbus Helicopters together with KAI plan to produce at least 100 cars.

The Ministry of Commerce, Industry and Energy of South Korea noted that they expect an increase in the market for light civilian helicopters in the Asia-Pacific in the next decade. This is due to the growing demand from government services, the transport sector, as well as the healthcare sector.