Russian Helicopters Holding seeks to enter the Western market with the promising VRT500 helicopter. The new helicopter is being created in the class of light single-engine gas turbine cars up to two tons, in which the domestic manufacturer is introduced for the first time. The development of the latest VRT500 is carried out by a subsidiary of the holding company BP-Technologies.

The promising VRT500 is mainly focused on foreign markets. By the end of last year, 15 orders were received for single-engine helicopters from different countries: the first agreement was signed with the Swedish Rotocraft Nordic AB, which expressed its willingness to purchase 10 aircraft, the other with Malaysian Ludev Aviation, which intends to acquire five helicopters. It is understood that partners will also be promoting the latest product: Rotocraft Nordic AB in Norway, Denmark, Sweden and Finland, and Ludev Aviation in Malaysia, Mexico and France. 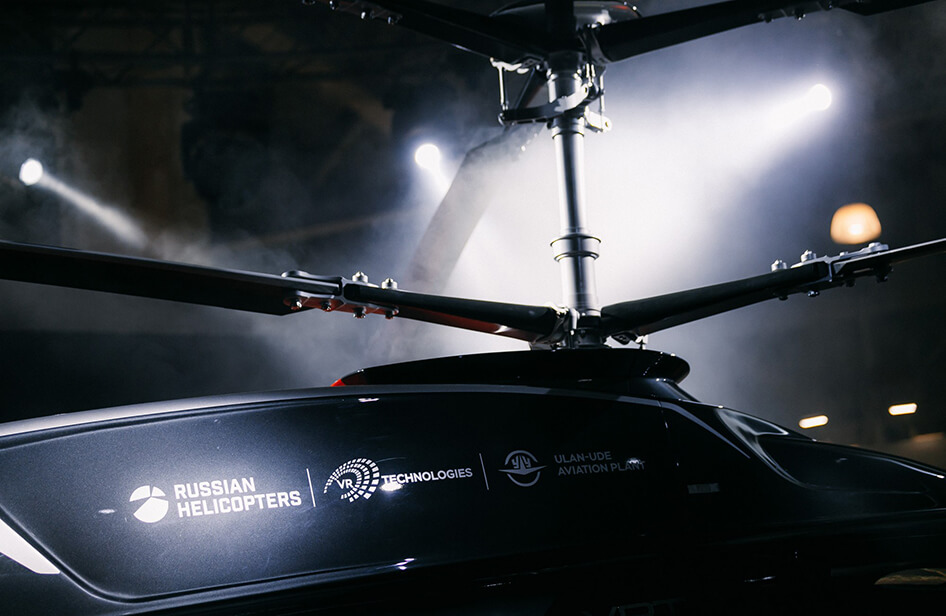 The recent agreement on the acquisition of a half stake in BP Technologies by the emirate Tawazun, which includes investments for the implementation of the VRT500 helicopter and VRT300 UAV projects, as well as assistance in their promotion in the Middle East markets, can contribute to business development.

A promising niche for new helicopters may be the air taxi market: such projects are already being developed in the United States, European countries and Dubai. In Russia, such services are at an early stage of development, however, there is a possibility of their further demand, given that 50% will soon belong to the Emirate’s Tawazun.

As noted by the General Director of BP-Technologies Alexander Okhonko, VRT500 are focused on the commercial market: manufacturers focused on maximum convenience for passengers, which consists in low noise, vibration reduction, as well as comfort and style. New helicopters will be equipped with cargo and passenger cabins for up to five people.

To increase the competitiveness of a promising helicopter in a new segment – the most popular among rotorcraft – the holding attracted world-renowned equipment suppliers. So, the Canadian engine manufacturer Pratt & Whitney Canada became the supplier of the power plant, the international concern Liebherr-Aerospace will engage in the development of air conditioning systems, and the Italian company Avio Aero will carry out the transmission. 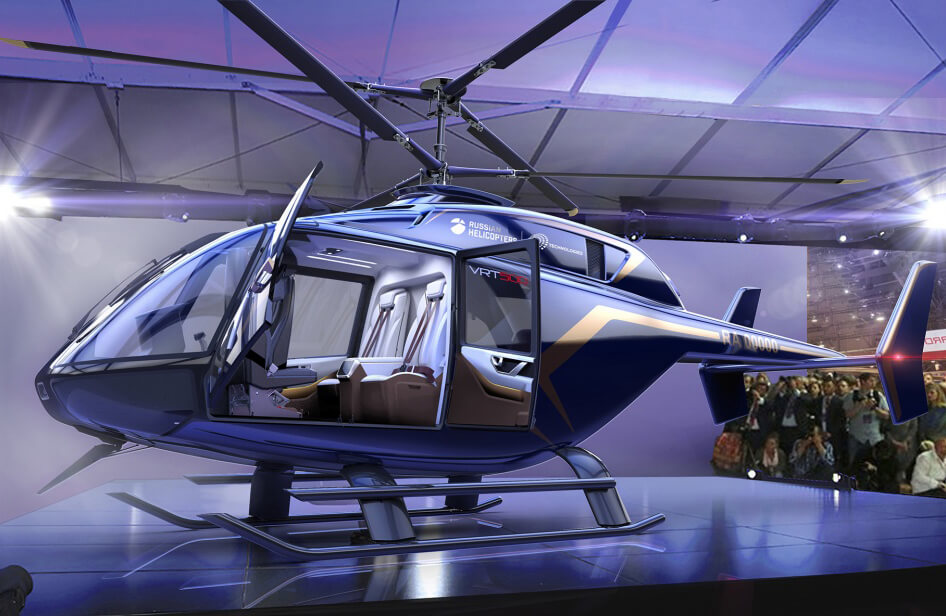 The helicopter will be equipped with the latest FlytX avionics system from the French company Thales: a 15-inch touch screen with flight information displayed. The interaction between the pilot and the airborne systems will occur through an improved user interface.

The Italdesign Italian Bureau will be the developer of the external and internal design of VRT500. It is already known that the interior of the helicopter provides for modernized cabins, seats, interior panels and lighting elements.

The promising VRT500 will have a take-off mass of 1.6 tons, its total load will be 730 kilograms, a top speed of 250 km / h and a flight range of up to 860 kilometers. Instead of wheels in the helicopter mounted runners. 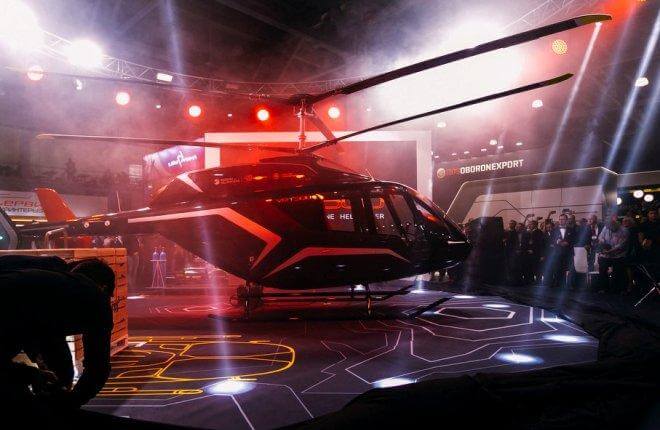 It is expected that the tests of the first VRT500 flight prototype will take place this year already, mass production is scheduled for 2021, and certification and the beginning of helicopter deliveries are scheduled for 2022-2023.

The production of machines for domestic customers will unfold at the Ulan-Ude aircraft plant, part of the Helicopters of Russia holding company, and probably abroad for foreign customers. According to Alexander Okhonko, the helicopter assembly concept “allows us to scale production and organize final assembly anywhere in the world”.

“Regardless of where the production line will be, the main components (kits) / systems will be supplied by suppliers with a wide logistic chain and services, which will allow assembling the helicopter and maintaining its airworthiness at minimum time”, said the CEO of BP-Technologies.

The cost of VRT500 is not yet indicated, but it is known that it will be in the price range of Bell-505 JetRanger X, Robinson R66 and Enstrom, costing from one to two million dollars.